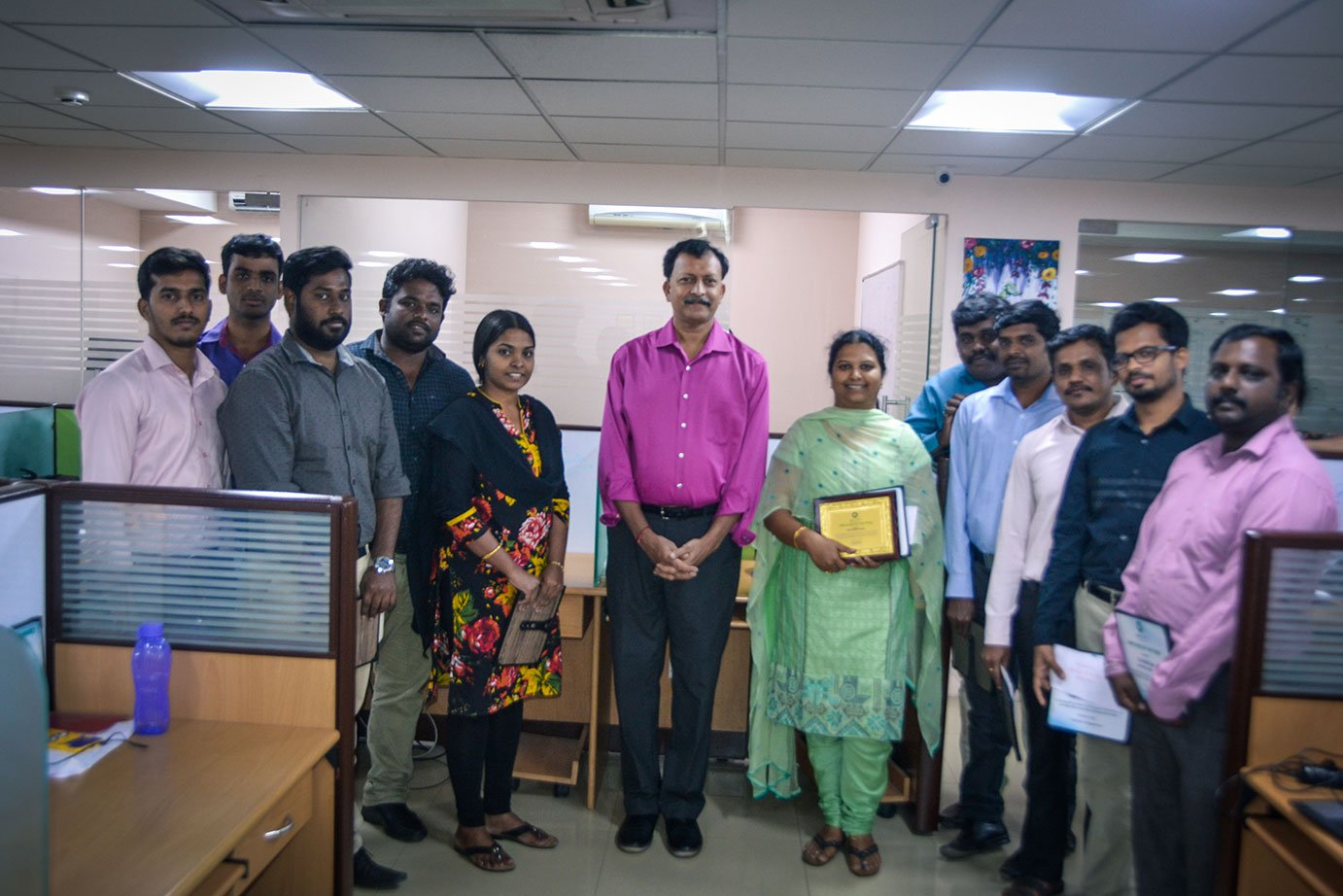 The EEPM Team wins the 2018 “ANB Employee of the Year” award. ANB Systems deployed the first version of Energy Efficiency Program Management (EEPM) software for Oncor in 2008 and deployed the Version 2.0 in 2018.

Ms. Mohana S, Senior Manager – Technical, credited the entire team citing the their ability to quickly adapt to the project. She said, “the team had their vision set right and had great clarity in what had to be delivered. Their urge to learn things and their persistence to deliver a bug-free product was evident, and they fully deserved the award and the recognition.”

ANB’s developers, Designers, Business Analysts, and Testers often huddled at desks brainstorming best practices for upgrading the system. Sathiya Sankar, a Business Analyst said, “The new version was built and released when the previous version was functional, and the transition to EEPM 2.0 was seamless. Right from the development to release, each of us carefully verified all the check points with the client in order to develop a great user experience.”

The EEPM operations from the Chennai office is diligently spearheaded by the Lead Business Analyst, Mr. S. Rajaganapathy – he also bagged the Outstanding Employee of the Year award for 2018. Rajaganapathy said, “We aimed at rolling out EEPM 2.0 before the 2019 program launch and we accomplished it. EEPM 2.0 has enhanced the user experience and has many process improvements that simplifies the program manager’s daily tasks.”

About EEPM: The custom “Energy Efficiency Program Management” (EEPM) software was first released in 2008 and has been constantly updated. The new version 2.0 was a complete overhaul of the architecture and the user experience.