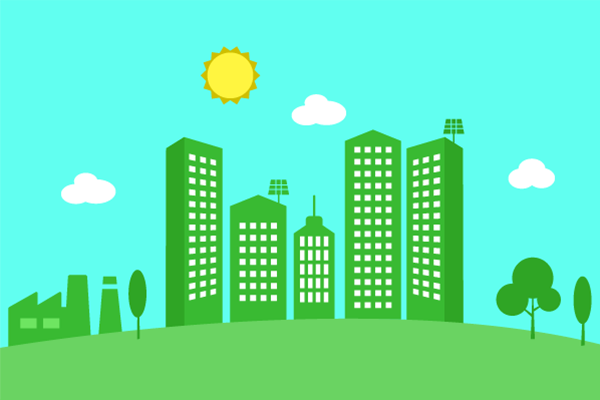 While the concept of reducing carbon emissions is not new, a recent announcement by the American Petroleum Institute to consider supporting carbon pricing has given the topic new momentum. By assigning a dollar per ton, the carbon cost of products becomes more transparent. Many Fortune 500 companies have already announced plans to become carbon neutral in the next decade or so. More than likely, they plan to accomplish this by procuring their energy supply from renewable sources and converting transportation fleets to electric vehicles. What caused these companies to make this commitment? Perhaps they sensed a shift in consumer preferences coming and wish to be ahead of the curve. Changing their energy suppliers is an easy first step. Converting a vehicle fleet is a significant capital expense. So how can we help consumers be part of this trend?

A program to target carbon reduction can be developed by conducting a market survey of the major energy-consuming technologies like any DSM initiative. For instance, from an electric utility perspective, look at the regions’ generation fuel mix by type of fuel and used. A mix skewed towards coal-based generation will lead you to consider programs that target technologies with the same operating hours as a coal power plant. To achieve the largest carbon reduction per dollar spent, target those technologies rather than those with more peaking characteristics, such as air conditioning as peaking plants are generally natural gas-fired. As an alternative, consider behavioral programs that encourage a shift of when the energy is used. In some areas, wind resources are more available in the evening, so the time of use rates or storage technologies may be applicable. A carbon reduction program is not limited to electric utilities. Natural gas utilities have a large role to play as well.

Liberty and its subsidiary, St. Lawrence Gas, have launched an initiative to do just that. They have developed a program that will provide financial assistance to help customers convert from high carbon fuel oil and propane equipment to high-efficiency natural gas technologies. These space and water heating conversions will reduce carbon emissions by 15-20 percent, depending on the source. The carbon reductions are impressive, but they will also save customers on their operating and maintenance costs. Incentives are also available to make customers’ homes more thermally efficient by upgrading windows and insulation levels, wrapping water pipes, and air sealing the house.

To learn more about how this type of program is being developed and implemented, register for our upcoming webinar “Liberty Case Study: Promoting a Carbon Diet for Your Customers.”

Michael Stockard is an independent consultant at Stockard Energy Advising and is a member of the Advisory Panel at ANB Systems. Michael has over 40 years of experience in the design and implementation of demand-side management programs.