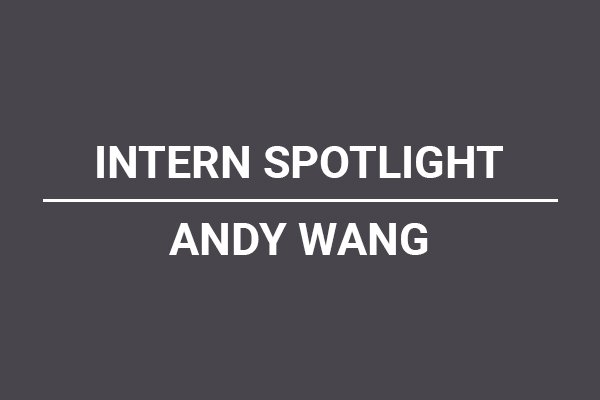 What was your goal for the internship this Summer?
I worked on a wide variety of things this summer at ANB. I started off working with DMS, implementing a new API endpoint that handled uploading files directly from Dropbox/Sharepoint. After that, I focused on performance optimization, and finally, I’ve been focusing on mobile development; first by working on a mobile app that we maintain for one of our clients, and then by developing and testing a DRM mobile app that can send camera captures directly to the backend for processing. 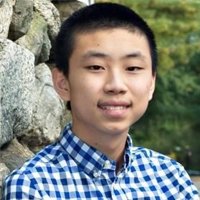 What new skills, techniques and knowledge did you gain during your time with ANB?
I had the chance to work with a lot of new technologies that I had not even heard of before, like Rust (a C++ based programming language) and gRPC (an alternative communication protocol to REST). I have also been able to learn new frameworks/languages like Vue Native and Kotlin from mobile development. The experience of deploying my prototypes has also familiarized me with technologies like Docker and services like EC2 and App Mesh that Amazon provides through AWS. On a broader level, being part of the DevOps cycle in ANB has familiarized me with the development process in the industry.

What are the highlights of working at what is considered a ‘smaller’ tech company?
The borders between departments, notably development and DevOps, are really loose at smaller tech companies. As a result, I was able to get a really wide range of experience across the entire software development cycle – I would write and also work on deploying my prototypes, the knowledge of both, I thought, are extremely valuable going forward in my career. I also think that at smaller companies, communication is a lot easier in all directions, so I was always able to ask questions to someone I was familiar with or had worked with before.

How did the internship match your expectations?
I thought this internship exceeded my expectations. I had thought I would be stuck to a single project and language for the entire three months, but I was able to work with a wide variety of different languages and frameworks on work in all different environments. I also found the experience of taking projects through the entire development cycle to be very valuable; both personally, having a finished product to talk (and brag) about, and professionally, by being able to learn and leverage all the different technologies to make a product come together.

What are the key takeaways from your exposure to energy efficiency industry?
There is a much larger market and need for ML/AI applications than I thought for the energy efficiency industry. I originally thought that tech for these industries would be lower-level or dated (for whatever reason), I was pleasantly surprised to the integration of a lot of modern frameworks and technologies, not limited to just ML/AI, that have found their way into a lot of common industry processes like processing HVAC nameplates and applications.

How easy/challenging is it to collaborate remotely with COVID-19 restrictions in place?
I wanted to have some experience in the office to see how everything was like, but that isn’t anyone’s fault. I did think that ANB handled remote work very well though, the expectations were still very clear, the projects were just as engaging, and I personally thought that the support I received from the full-time developers was just as good as it would have been in person. Some of the features of Teams as well made it easy to collaborate remotely. It was very easy to set up meetings (most invites were accepted quickly) and there is screen sharing functionality during the calls that allowed me to easily illustrate what I was saying.

What was the biggest challenge during the program?
ANB has offices in India and in the United States, so a lot of my projects had me working with full-time engineers from both sides of the world. The issue was that India is about 9 hours ahead of the United States, which means that I had to wake up really early to communicate with the India engineers at a time that was fair for both of us. I was still pretty close to missing some meetings…

Were colleagues supportive and how did you find the company culture?
I thought everyone was extremely helpful. My questions were usually answered within 5 minutes, and it was really easy to set up a call with any of the full-time employees for anything from setup to simple debugging. I thought that ANB treated their interns extremely fairly as well. We were given interesting, technically complex projects, but were also cut a lot of slack (if we needed it), by virtue of our inexperience, and given a lot of support. If we communicated any issues clearly, deadlines were pretty flexible, and I never personally felt any pressure or micromanagement.